About ServiceMaster of Guelph

ServiceMaster Restore of Guelph takes great pride in the disaster restoration services we have provided to our customers in the Guelph area for over 30 years.  We firmly believe in exceeding our customers' expectations, which has been a key component of our success.

Our highly dedicated team of professionals at ServiceMaster Restore of Guelph are ready to respond to mitigate the damage caused by fire, flood, smoke, wind, vandalism, mould or asbestos. We are committed to providing excellent customer service and round-the-clock emergency response, 24 hours a day, 7 days a week, 365 days a year.

Our reputation for reliable quality service, earned through years of experience, is also upheld by our commitment to training our staff in the most current restoration techniques, processes, and technology.  ServiceMaster Restore of Guelph technicians are professionally trained and certified through various industry-specific programs.

No loss is too large or small to call ServiceMaster of Guelph. 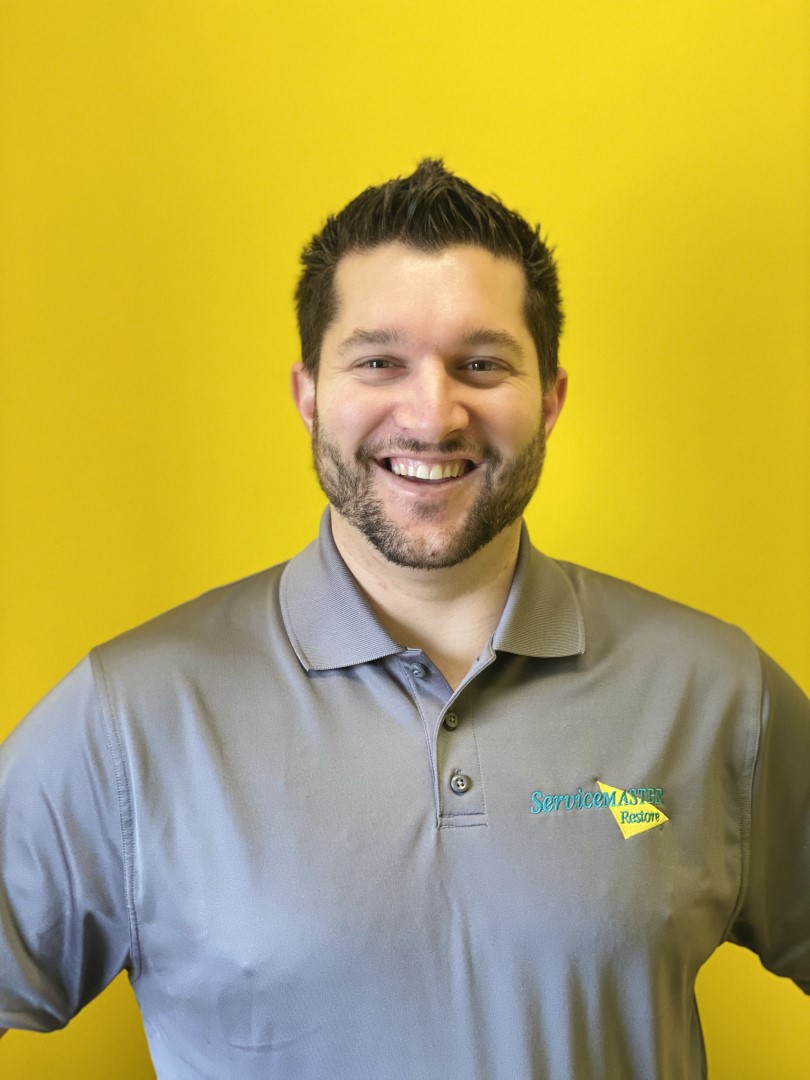 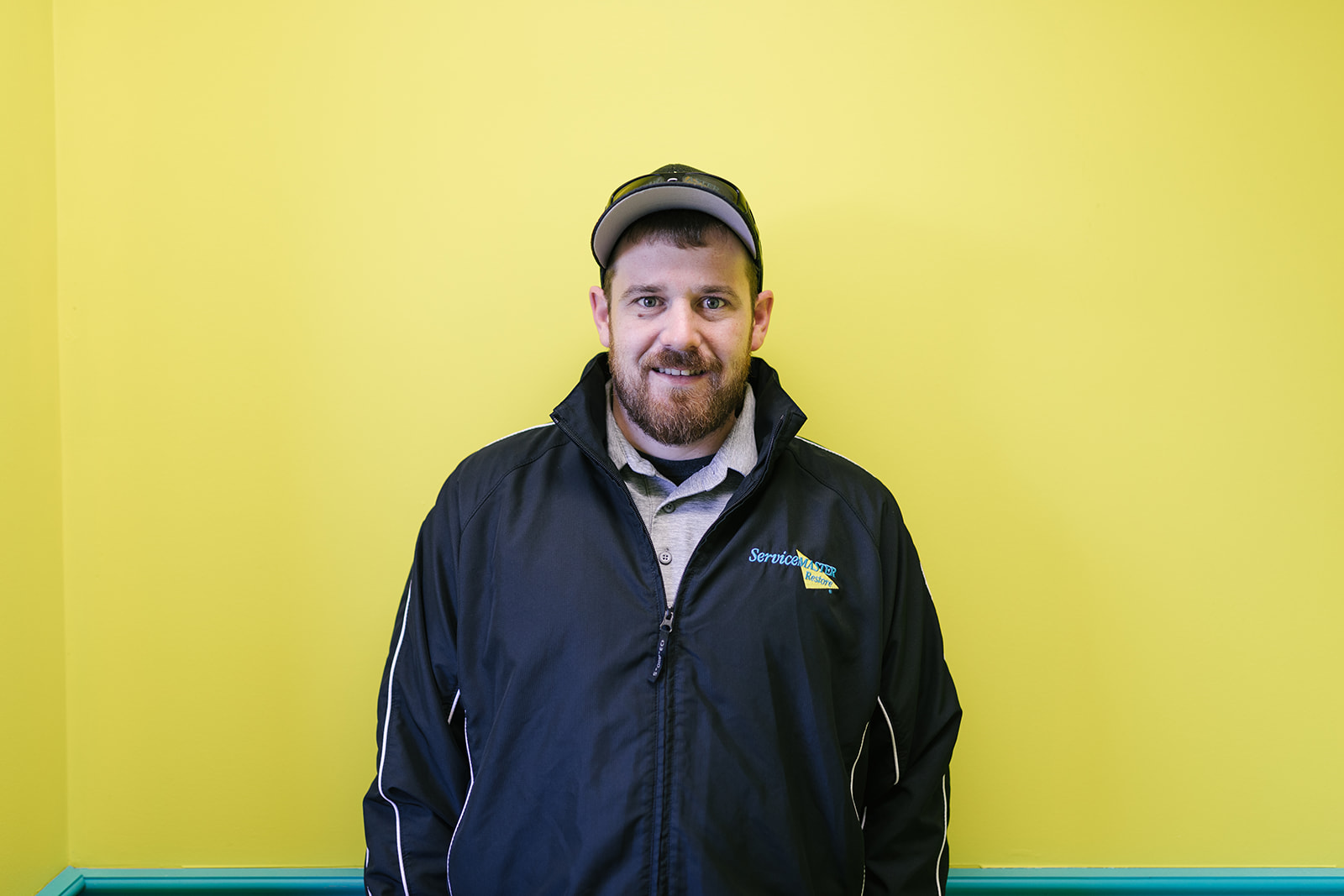 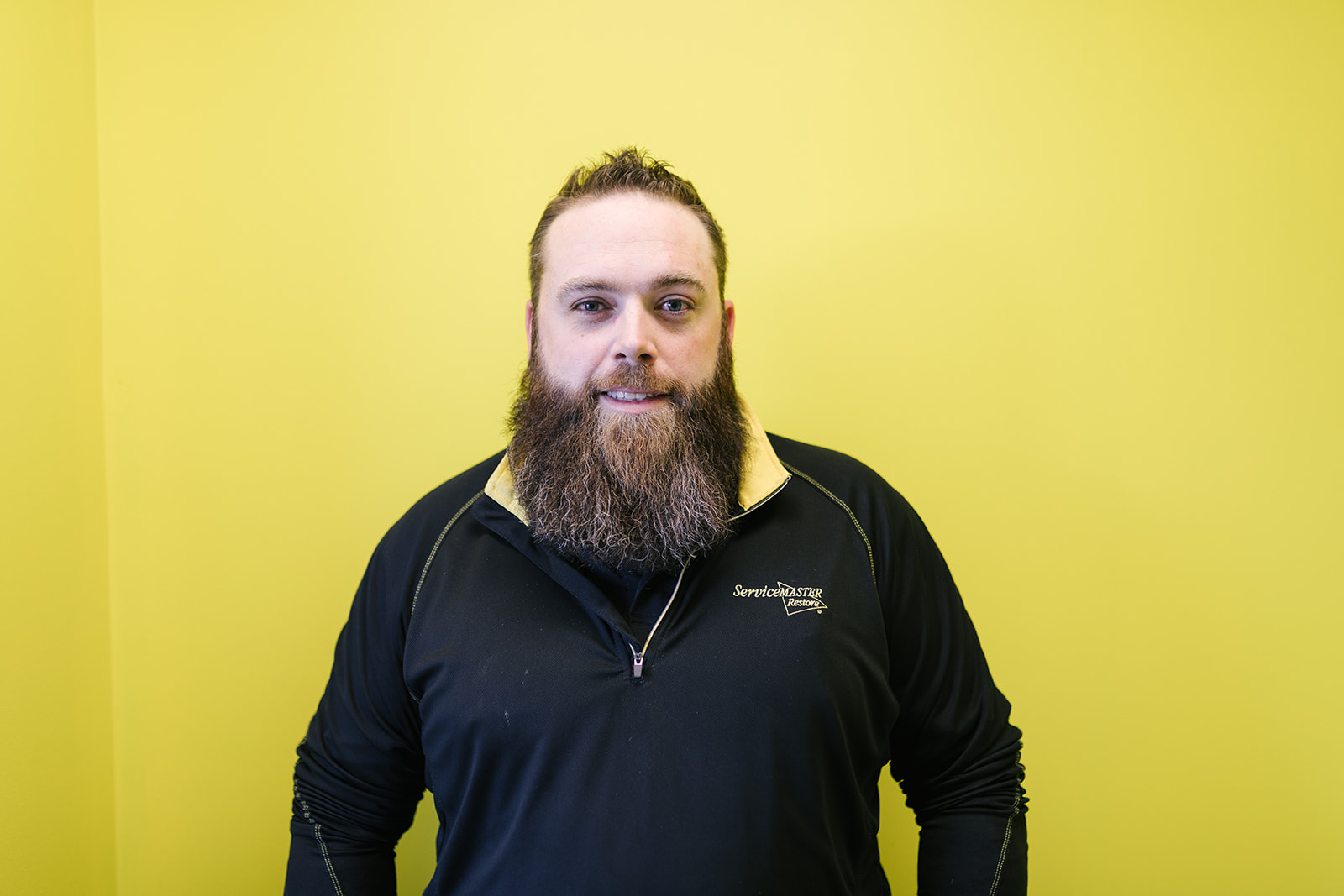 Justin began his career in the construction industry in 2004 as an apprentice carpenter for a local custom home builder. In 2008, he received his Red Seal Certification and weeks later decided to pack up his vehicle and head west. Leaving his small town of Russell Ontario was no easy decision but the opportunities were plentiful in Calgary. During his time spent in Calgary he worked as a carpenter building anything from large commercial buildings to a 13,000-sf executive home. In 2013 Justin and his wife Ashley who met in Calgary decided to move to Grande Prairie to live closer to her family. 2014 was great year for Ashley and Justin, in March they welcomed their twin daughters and in October Justin started his career path with ServiceMaster.

Justin joined ServiceMaster Restore of Grande Prairie as Construction Manager later moving into the project manager role. On February 1st, 2017 he and colleague/friend Andrew Jackson received a company wide email explaining the opportunity to carry on the ServiceMaster name in the Niagara Region and just 5 months later opened the doors on July 4th. Justin is a certified Red Seal Carpenter and certified in Water Restoration, Fire and Smoke Restoration, Odour and Applied Structural Drying. 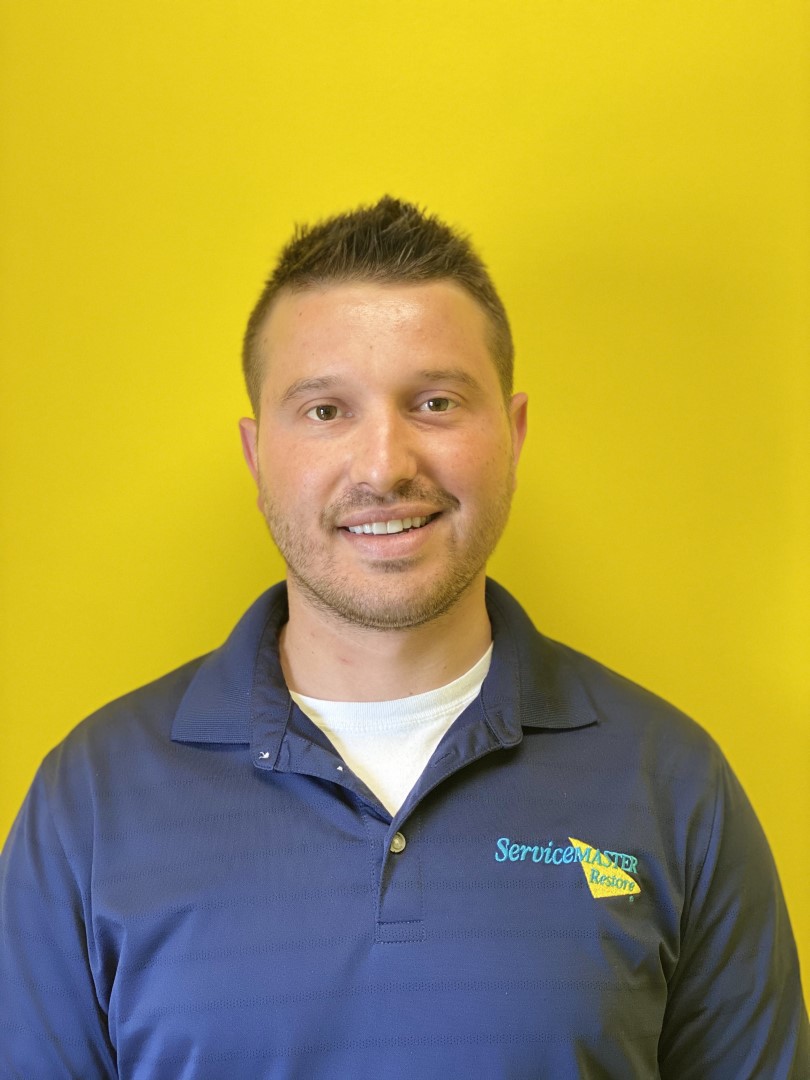 Andrew began in the insurance restoration industry at the young age of 14 when he worked at the field production level during the weekends and summers in high school. Andrew really enjoyed the industry and saw the big picture and that he could make a career in this industry. After high school most of Andrew’s friends headed off to college or university while Andrew got a full time position as a water technician at a restoration company in Barrie, Ontario.  In 2010 at the age of 22, Andrew set his sights west to Grande Prairie, Alberta where he had an opportunity to be a crew leader at a restoration company. One year later he was offered a position as a Project Manager and in 2012 Andrew won the Rainbow International franchise wide Project Manager of the year award. This was all great but Andrew still wanted more!

In 2014 Andrew partnered on a ServiceMaster Restore franchise in Grande Prairie and it grew from Andrew and a truck to 30 employees and 15 trucks in 3 years. Andrew really enjoyed being part of the ServiceMaster brand and really appreciated all the support they offered. February 1st 2017 Andrew received a franchise wide email notifying the franchisees of the Niagara region territory for ServiceMaster coming available. Up until this point Andrew had never thought about moving back to Ontario but this made him think about how awesome it would be to be only 2 hours from family in Barrie while doing what he loved with the brand he loved. Andrew mentioned this opportunity to friend and project manager of ServiceMaster Grande Prairie Justin Callon who is also originally from Ontario and they were filled with excitement. After extensive planning and moving their families across the country, the doors to ServiceMaster of Niagara opened only 5 months later on July 4th 2017. When Andrew isn’t working in the office or extracting water from a basement he can be found at the local rink or doing other activities with his very active 5 year old son Clayton.

"Whether the water, smoke or fire emergency is large or small, we do everything possible to help restore people's lives, homes and businesses to normal. We provide the highest quality technical restoration services available in the industry, but we also respond to the emotional needs of those affected and deliver an exceptional customer service experience."

A national network at your side, and on your side

Whatever the challenge, ServiceMaster Restore brings more than 65 years of experience to every job.  Our national network of 80 locally owned restoration companies enables us to offer the scale of a national company, with the personalized service and guidance of a locally owned business.